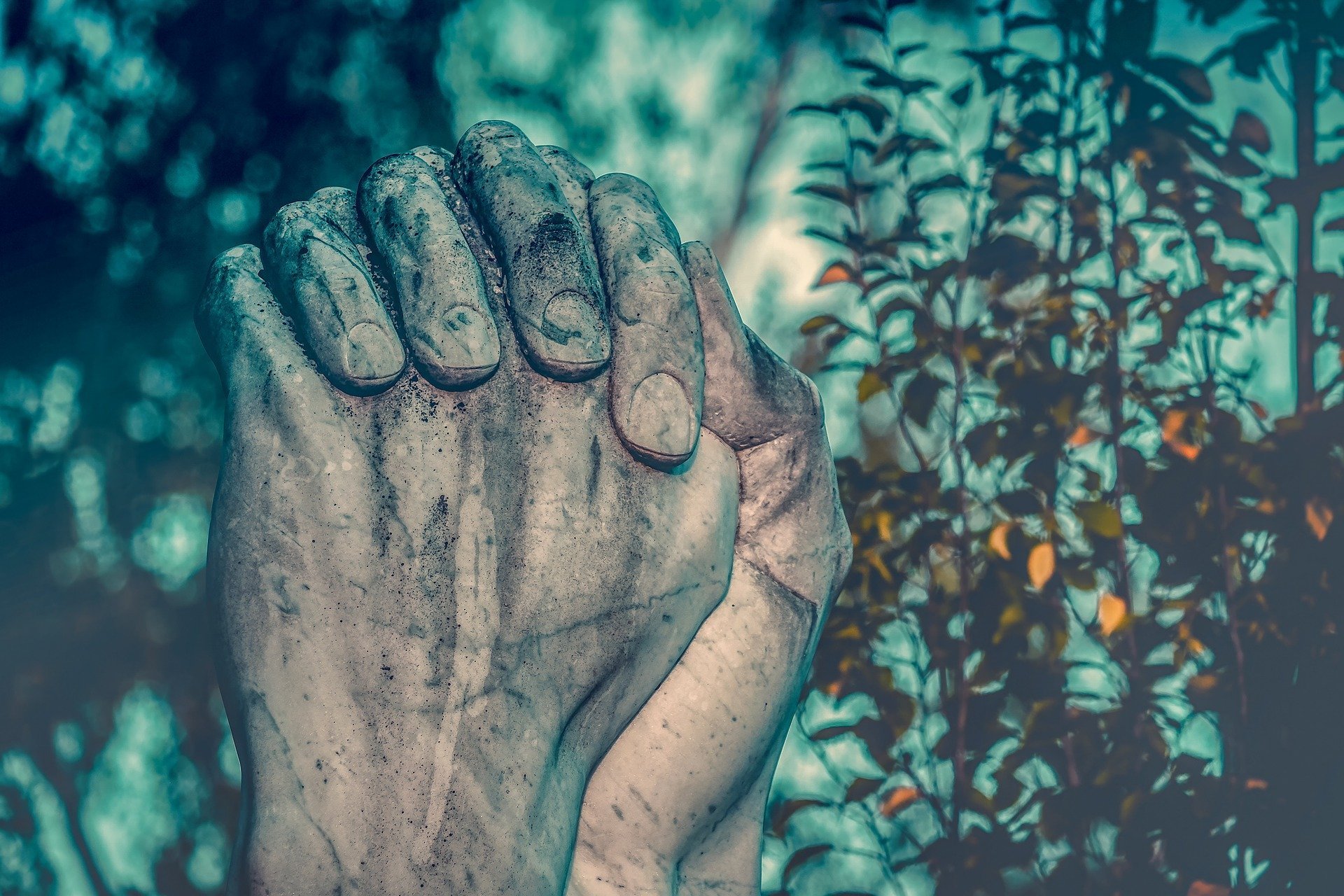 The mind is the leader or forerunner of all actions. The Mind is the battlefield or battleground of our enemy. Satan attempts us to defeat with strategy and deceit through well laid plans and deliberate deception. The devil is a liar. John 8:44 “You belong to your father, the devil, and you want to carry out your father’s desires. He was a murderer from the beginning, not holding to the truth, for there is no truth in him. When he lies, he speaks his native language, for he is a liar and the father of lies.” He tell us things that are not true about ourselves, other people, and about circumstances.

He begin bombarding (bombing) our mind with cleverly devised pattern of little nagging (irritating/harassing) thoughts, suspicious doubts and fears, wonderings, reasoning theories. He has strategy for his warfare. The careful strategy and cunning deceit and Satan attempt set up strongholds in our mind. Stronghold is an area in which we are held bondage in prison due to certain way of thinking.

4 The weapons we fight with are not the weapons of the world. On the contrary, they have divine power to demolish strongholds. 5 We demolish arguments and every pretension that sets itself up against the knowledge of God, and we take captive every thought to make it obedient to Christ.

In this passage, the Apostle Paul tells us that need to overcome Satan’s stronghold. We are engaged in warfare, spiritual warfare. Verse 5 shows us clearly the location of battlefield on which this warfare wage.

Tools of Enemy are negative thoughts:

· ANXIOUS & WORRIED MIND – attack of mind intended to distract us from serving the Lord.

Worry – to feel weary/troubled, to feel anxious, distressed (upset) and troubled. A source of nagging concern. It is define to torment oneself with disturbing thoughts.

· A JUDGEMENTAL, CRITICAL & SUSPICIOUS MIND – Judging is a discussion passed on the faults of others and cross reference with condemnation. Criticism & Suspicious relative with one another. It always see what is wrong instead of what is right.

· A WANDERING, WONDERING MIND – A wandering mind too busy is abnormal for it to be wandering all over the place. A wondering mind is a feeling of puzzlement or doubt.

To fight and break these tools of enemy, you must have to think positive thoughts and do these vital ways to tear down enemies stronghold:

I. BE CHRIST MINDED – Have the mind of Christ.

The thoughts of a person that functioning in the mind of Christ is the one who continually fellowshipping with Him and giving him your full attention.

It’s impossible! Jesus is perfect! Well, it is possible as the Bible tells us that we have the mind of Christ and A NEW HEART AND A SPIRIT.

Ezekiel 36;26-27 “26 I will give you a new heart and put a new spirit in you; I will remove from you your heart of stone and give you a heart of flesh. 27 And I will put my Spirit in you and move you to follow my decrees and be careful to keep my laws.

As Christians you and I have a new nature, which is actually the nature of God deposited in us at the New Birth.

II. USE YOUR WEAPON OF WORD, PRAISE AND PRAYER

John 8:31-32 31 To the Jews who had believed him, Jesus said, “If you hold to my teaching, you are really my disciples. 32 Then you will know the truth, and the truth will set you free.”

Here Jesus tells us how we are to win the victory over the lies of Satan. We must acknowledge of God’s truth in us, renew our minds with His Word, then use the weapons of Corinthians 10:4,5  to tear down strongholds and every high and lofty (proud / arrogant) thing that exalts itself against the knowledge of God 4 The weapons we fight with are not the weapons of the world. On the contrary, they have divine power to demolish strongholds. 5 We demolish arguments (influences) and every pretension that sets itself up against the knowledge of God, and we take captive every thought to make it obedient to Christ.

These weapons are the WORD received through preaching, teachings, books, tapes, seminars and private Bible Study. But we must ABIDE in the Word until it becomes revelation given by inspiration of the Holy Spirit. We must continue using the weapon of the Word. In Mark 4:24 24 “Consider carefully what you hear,” he continued. “With the measure you use, it will be measured to you—and even more.

Two other spiritual weapons available to us are PRAISE AND PRAYER. Praise (acclaim, admiration, approval) defeats the devil quicker than any other battle plan but it must be genuine heart and praise, not just lip service or method being tried to see if it works. Praise and Prayer both involve the Word. We praise according to His Word and His goodness.

Prayer is relationship with Godhead. It is coming and asking for help or talking to God about something that bothers us. To have an effective prayer, develop a good personal relationship with the Father. Know that HE loves you, that He is full of mercy, that He will help you. Get to know Jesus. He is your friend, He died for you. Get to know the Holy Spirit He is with you all the time as your helper. Let Him help you.

Learn to fill your prayers with the Word of God. God’s Word and our need is the basis on which we come Him.

So our weapon are the Word. As Paul tells us in 2 Corinthians, our weapons ae not carnal (fleshly) weapons; they are spiritual. We need spiritual weapons because we are fighting master spirits, yes, even the devil himself. Even Jesus used the weapon of the Word in the Wilderness to defeat the devil. Luke 4:1-13. Each time the devil lied to Him, Jesus responded with, “it is written” and quoted him the Word.

Matthew 8:13 13 Then Jesus said to the centurion, “Go! Let it be done just as you believed it would.” And his servant was healed at that moment.

Negativism had to go! Matthew 8:13, Jesus tells us that it will be done for us as we have believed. If everything you believe are negative naturally negative things happened to me.

If you don’t have idea what Gods will for you at this point at least begin by thinking. Well I don’t know God’s plan, but I know He loves me. Whatever He does will be good and I’ll be blessed.”

Begin to think positively about your life. Even what is taking place upon your life at the moment is not so good, expect God to bring good out of it, as He has promised His Word.

ALL THINGS WORK FOR GOOD

Romans 8:28 28 And we know that in all things God works for the good of those who love him, who have been called according to his purpose.

If you’re a negative – you’re not a person not fun to be with. He brings gloomy (low spirited) overcast to every project. There is heaviness about Him/Her. He is a complainer, murmurer and faultfinder. No matter how many things are going on, he always seems to spot one thing that could be a potential problem.

Begin to TRUST GOD to restore you’re not to become negative. You can be A NEW PERSON!

The mind is the battlefield! It is on this ground of the mind that you will either win or lose the war that Satan has launched.

Our thoughts are what get us into trouble quite often. In Isaiah 55:8 the Lord says, For My thoughts are not your thoughts, neither are your ways My ways… No matter what you or I may think God has written His thoughts down for us in His book called the Bible. We must choose to examine our thoughts in light of the Word of God, always being willing to submit our thoughts to His thoughts, knowing that His are best!

Let us not live in vanity (arrogance, bigheadedness) of your own mind to destroy yourselves as this often bring destruction to others too.

Cast down the imaginations, and every high and lofty thing that exalts itself against the knowledge of God, bringing every thought into captivity, into obedience to Jesus Christ.